Some of the most interesting finds on the Web are found and shared by @brainpicker on Twitter.  Soundcities is one of them. 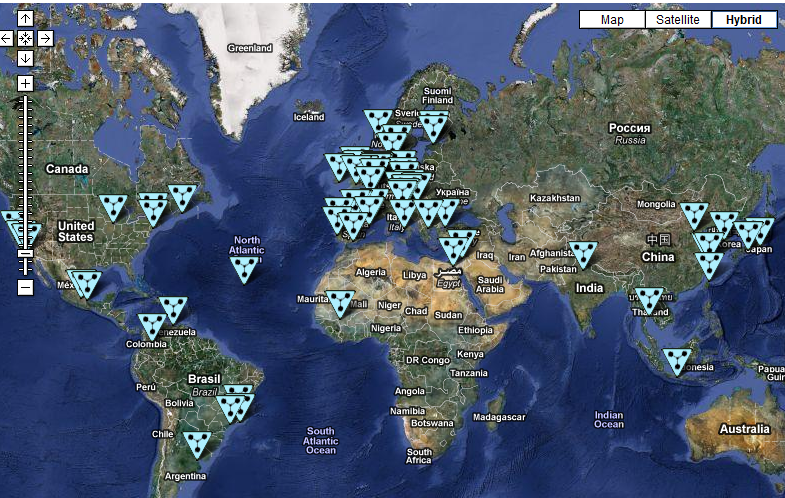 Soundcities allows you to visit cities around the world and browse sound files. It’s open so anyone can upload sounds which is what makes it so interesting. I love the idea of something created and growing thanks to individuals on the ground sharing what they’re doing or seeing or, in this case, hearing. It’s a wonderful, collaborative and authentic result. 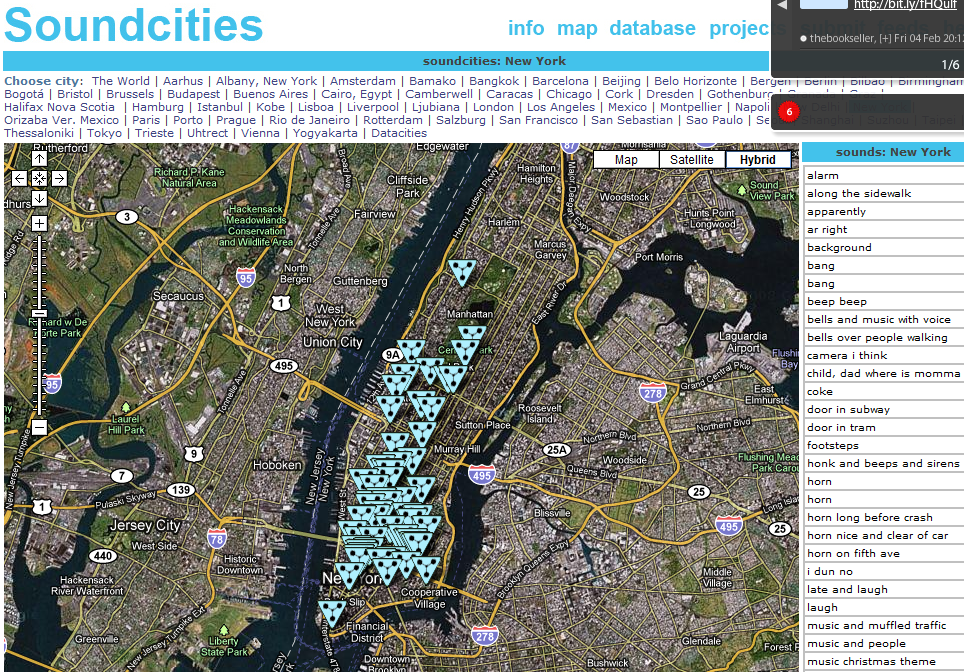 It’s possible to remix these sounds so creative possibilities abound, both for music students in composition or in any projects integrating sound.

Integrated with Google Maps and Google Earth with geo information, the sounds are tagged and allow you to open up the sound file, there is such a variety of  common and uncommon (depending on where you come from) sounds, such as flags flapping in Beijing, traffic and trains, Christmas choir practice in Prague, applause at a concert and laughter in the street. 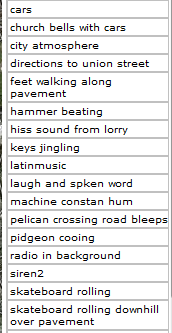 A few words from the creator of Soundcities:

The sounds of cities evoke memories. As globalization fractures the identity of the city experience we start to find things that appear the same the world over. A growing labyrinth, a community of aural cityscapes and collages is now evolving online. (more here) It was the first online open source database of found city sounds.

George Siemens put a plug in for this Creative Commons video. Thought I’d share it.

Some of the thoughts I’ve taken out to give you an idea of the video:

We have all these new technologies that allow people to express themselves, take control of their creative impulses, but the law gets in the way.

Creative Commons wants us to be able to say ‘here’s the freedom that I want to run with any creative work’.

A Creative Commons license says give me credit for my work.

Creative Commons allows you to exercise your copyright more simply.

It’s really about creativity and connection, access and control

What do you think about Creative Commons?