I stumbled across this website and have been moved and absorbed by these images, as well as the artists’ thinking behind their works. The information in this post has been selectively copied from the Prix Pictet website.

Sponsored by the Geneva private bank Pictet & Cie, the Prix Pictet is the world’s first prize dedicated to photography and sustainability

Food riots. Loss of forest cover. Desertification. The ecosystems we depend on appear to face resource demands already beyond their capacity. As governments try urgently to stimulate growth, a central question remains. Can the earth’s complex living systems sustain the future consumption patterns of another three billion people in the world’s population by 2050?

Or are we making the transition, as the Nobel laureate Paul Crutzen has suggested, to a point where the face of the earth – its soil, its waters, its groves, its hollows – is no longer natural, but bears the terminal scars of man’s intervention.

I was looking through the shortlisted artists, I thought I’d share some of my favourite ones.

Photography can be understood in traditional ways: It can ‘record’ many histories long before our own time, and it can take people back to times and situations many years ago. But photography is also very contemporary. It can re-assemble and re-edit the things that we actually see in order to produce illusions that people see when they are in front of such photographic works. In these works, you see images that are both real and fictional. 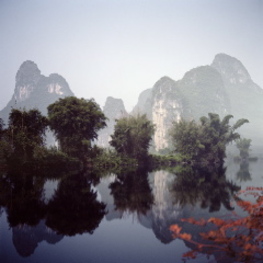 Since 1998, Almond has been making a series of landscape photographs called the Fullmoons. Taken during a full moon with an exposure time of 15 minutes or more, these images of remote geographical locations appear ghostly, bathed in an unexpectedly brilliant light where night seems to have turned into day. 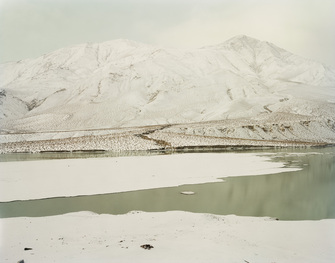 China is a nation that appears to be severing its roots by destroying its past in the wake of the sheer force of its moving “forward” at such an astounding and unnatural pace. A people scarring their country and a country scarring its people.

Edgar Martins: Untitled from the series ‘The diminishing present’. 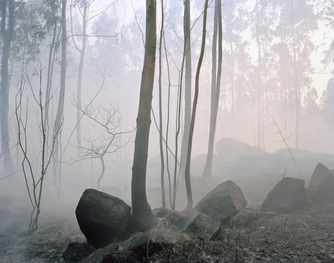 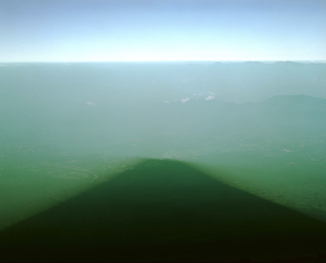 Nowadays, Mount Fuji is a national park but it is covered in, or surrounded by, theme parks, golf courses, resorts, cities and scrap yards as well as being used as a military testing ground by both the Japanese and American armed forces. At the same time there are still magical areas of great tranquillity, but they are increasingly being eroded.

The Prix Pictet is born of a flicker of hope — that photographs … have the power, as Gro Harlem Brundtland put it in her remarks at the launch of the inaugural Prix Pictet in 2008 , “to move us and shake us”. To take the sustainability statistic, validated, econometrically correct, but devoid of emotional force, and make it something that moves us to action.

Sponsored by the Geneva private bank Pictet & Cie, the Prix Pictet is the world’s first prize dedicated to photography and sustainability. It has a unique mandate – to use the power of photography to communicate crucial messages to a global audience; and it has a unique goal – art of the highest order, applied to the immense social and environmental threats of the new millennium.