I enjoy Flickr for its access to a diversity of images, and have joined several groups to zoom in on a specialised focus of interest. Flickr groups also allow the geek to have a home, and I’m quite comfortable in some of these groups – in fact, I entertain myself exploring some of these esoteric groups.

One such group is ‘Stick figures in peril’ which is intrinsically funny AND also entertains with the ensuing discussion.

This image has tickled the imagination of some of its group members who have ventured to guess what the picture could mean. 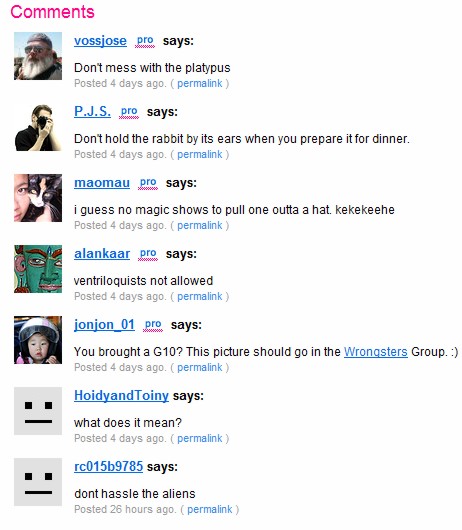 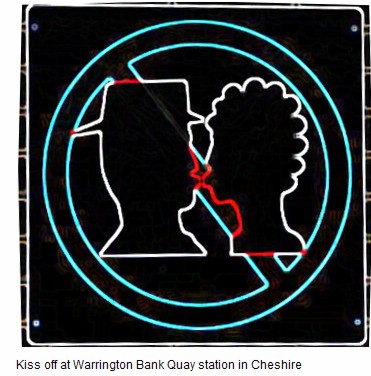 www.independent.co.uk/news/uk/this-britain/no -kissing-all…
No kissing allowed at Warrington station – it blocks the platform

By Mark Hughes
Tuesday, 17 February 2009
The ‘no-kissing’ sign at Warrington Bank Quay station in Cheshire
Lovers hoping to bid each other an intimate farewell will no longer be able to do so in certain areas of Warrington Bank Quay train station after “no kissing” signs appeared following concerns that embracing couples were causing congestion.

The signs were installed on Friday as part of a £1m refurbishment of the station and have divided the car park and taxi ranks into “kissing” and “no-kissing” zones.

Interesting what you can learn from a Flickr group with a strange name.

I can think of ways to trigger discussion and imaginative speculation in the classroom using flickr groups images.  Any other ideas?