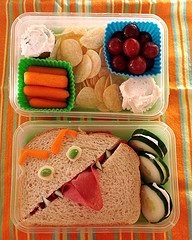 Make no mistake, military blogs will be part of American History.  There are hundreds (if not thousands) of blogs already archived online, published books, the Library of Congress has a Veterans History Project, students are studying military blogs in the classroom, thesis papers being written, and so much more.

Some recently added blog posts include: life as a military wife; patriot missive; four fans of freedom; salute to your service, and many more.

Amongst other things you’ll find personal diaries of Vietnam war veterans. Here’s a unique perspective of history, an authentic story for the history class. What is it about these blogs that add an extra dimension to learning?

What is significant about this particular wartime diary is the fact that this soldier arrived in Vietnam on Jan. 23, 1968, one week before the Tet Offensive, which engulfed South Vietnam and is considered by many to be one of the turning points of the war. Assigned to Military Assistance Command Vietnam (MACV), this young soldier had a front-row view of one of the significant events of the United States’ long involvement in South East Asia.

This is a goldmine of personal accounts that give an insight into history which would otherwise take much longer to be published.

Unfortunately, to show up in the history books, usually years and years have to go by first, so you might have to wait a little while before you see the writings of 365 and a Wakeup or Wordsmith at War in a History Book.

Read in the Washington Post how blogging became therapy for Captain Danjel Bout:

When Capt. Danjel Bout lost three comrades in a single day while on an October 2005 mission in Baghdad, he stifled his grief and remained focused on what seemed to be the longest day of his life.

The next day, he let it out.

There is a wealth of material for teachers of English, History, Geography, and many other subjects, especially with a little imaginative application.