The Age online has published an article entitled Social media rush as Victorian bushfires rage. It describes what has been evident during the recent and ongoing bushfires in Victoria to those using social media.

As the worst bushfires in Australia’s history raged across Victoria, Twitter, Flickr and Facebook lit up with condolences and horrific first-hand accounts, while many used innovative online mapping tools to assess the risk of the fires reaching their own homes.

Unaffected by the bushfires but geographically close to areas such as King Lake, and knowing people who live there, I found that social media sites were more current and informative than most other news sources, apart from the ABC radio broadcasts. Social media became the new journalism, providing current and detailed information, but also communication to the people.

Mainstream news outlets, battling to provide comprehensive coverage of the tragedy, have incorporated accounts published on the social networking sites extensively in their reports.

Using online social media to spread vital information and personal stories is becoming increasingly commonplace in times of crisis, but this may be the first time the social networking sites have been used extensively during an Australian disaster.

Google provided a map updated in real-time with information about the number, type and size of fires in a particular location. 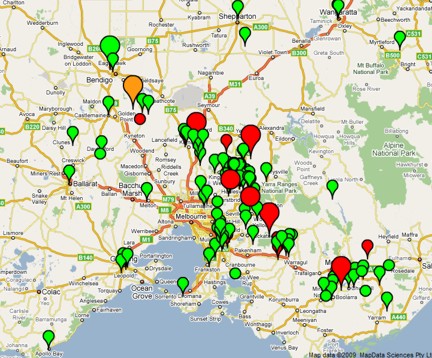 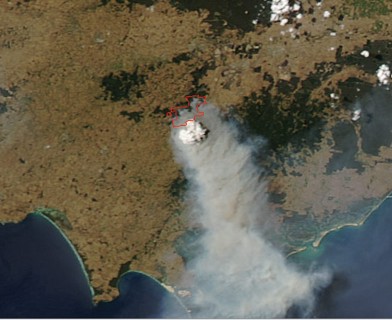 Personally, I found Twitter’s ‘bushfires’ – tagged tweets a mix of informative and disturbing, bringing up real-time information in the most personal way, mixing facts with personal appeals for lost family. The steady Twitter stream of contributions from people all over provided communication in a way that no other media could match. 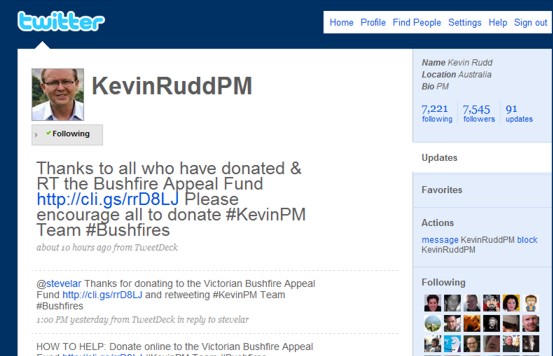 For me, the most striking aspect of this form of social media is the human element. The article mentions the twitter account of a CFA volunteer, cfafirefighter . Follow this and you follow the man, his movements, his thoughts and his feelings. 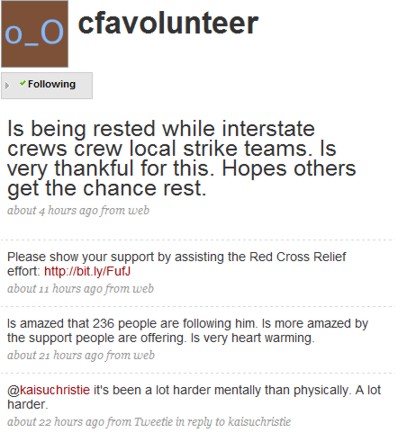 Flickr also demonstrates a platform for communication, a place for people to share images of the fires, for example, the group Victorian bushfires 2009 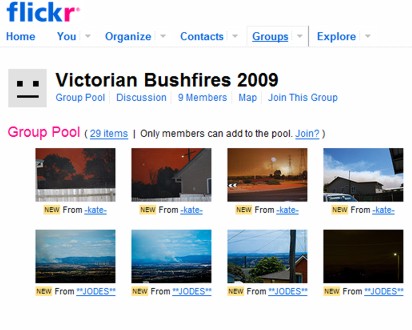 There is a very large number of photos here, and this is only one of the groups. Compare this to the few images chosen for the front page of the newspaper articles. Facebook groups have sprung up too. Although it may seem to be a futile exercise joining such a group since it doesn’t necessarily lead to action, the opportunity for solidarity online may just be the impetus for worthwhile deeds. 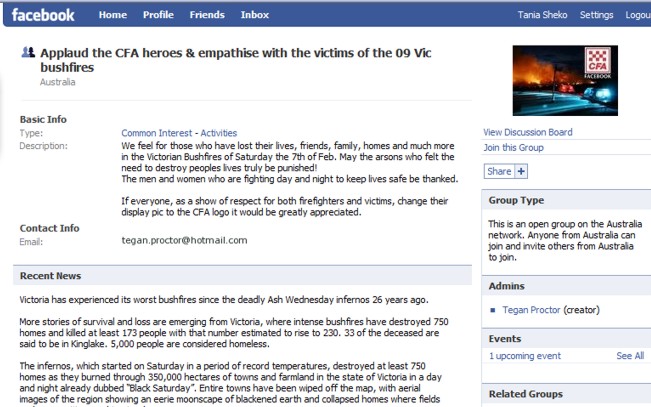 The Facebook group provides links to important numbers and websites.

Other information includes different ways to donate money, for example:

http://www.salvationarmy.org.au/SALV/NEWSRELESE/PC_62630.html
Myer will match dollar-for-dollar total customer contributions to the Appeal up to $500,000. The goal – to raise $1 million for the recovery effort.

The discussion board is testimony to many a community’s empathy, willingness to help and grief:

So, you thought that social media was just fun and games?
Thanks to Sue Tapp for the link on Twitter to the online article.
Sue has just informed me of the ABC bushfires emergency blog.

14 thoughts on “Social media is not all fun and games”