There are many things mulling about in my mind, none of them formed.

To intersperse the hiatus with some activity, keeping in mind that variety is the spice of life, I’d like to share a blog post about ‘Creativity with alphabets’ which I found on Crooked Brains. Who would have thought there could be so many different takes on alphabet.

Most of us have seen Fonts by people 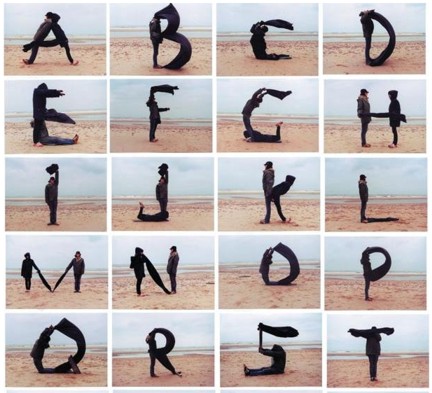 Typeface by Kalle Mattsson, made at the beach of Zandvoort aan Zee in The Netherlands. 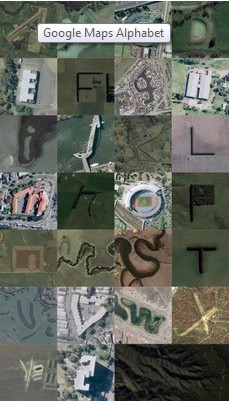 Then there are those whose creativity are a little out of left field, for example

alphabets made of minced meat 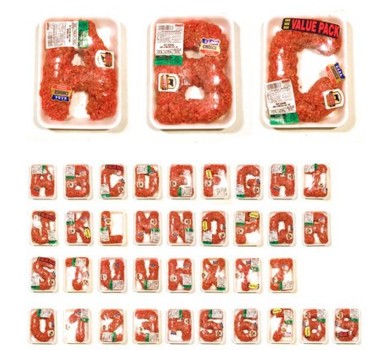 I’m not even going to show you the alphabet made from clothespegs and skin.

Some alphabets are quite amazing, for example, the one made by people who have spent a lot of time looking at butterflies 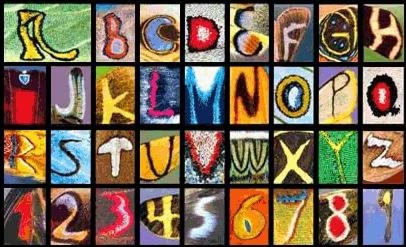 There are quirky ones, like the alphabet made from paper clips, the one made of toilet paper, the eatalphabet made by people who aren’t hungry but play with their food.

One of my favourites is Type the Sky , a work by Lisa Rienermann, a woman with a very sore neck, I imagine. Read about her project if you understand German. 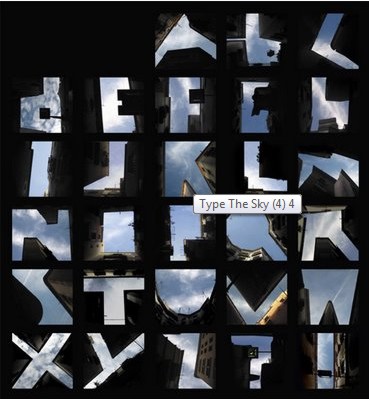 I love the idea of the space between buildings forming the letter of the alphabet.

But make up your own mind. Have a look at Crooked Brains’ blog post.