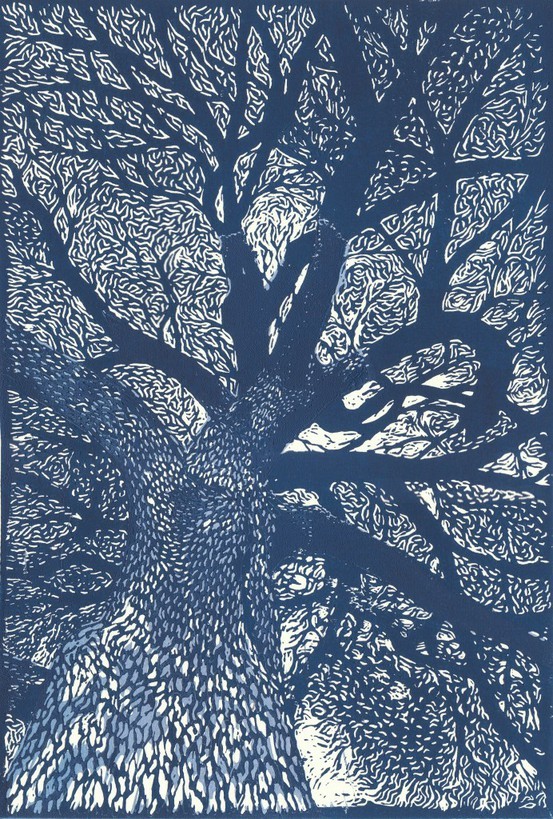 Yes, it’s true, our blogging boys were told by Nick to ‘get lost’ –

Have you ever had the pleasure of being lost? Not just a bit disoriented, but utterly, irredeemably confounded?

The excitement of not knowing what’s literally around the corner mingles with the terrifying possibility of never finding your way back home and the result is the humbling revelation that you’re not the centre of the universe after all; your known world is a tiny speck on the edge of a vast and beckoning globe. Bliss!

I’m amused by the esoteric nature of the student tasks, and how well they’ve embraced each new challenge, putting in their heart and soul in most cases. I don’t think they’ve ever been told to ‘get lost’ online, never been asked to think about and document the randomness of online browsing, to think about how it made them feel. One of the students commented at the end of his post –

Meh. By far the weirdest task so far –

but on the whole, students have good-naturedly played along and produced writing which was well worth reading.

Nathan is an example of this:

I soon ended up at the New York Public Library which was pretty bizarre considering that I started off with moths.

However, it wasnt the outcome of my research that left me spellbound. It was how I felt. I was reading article after article that I soon lost track of time. I was so engaged with these articles that I became lost.

The beauty of getting lost online is no matter how hard you try, you may never be able to retrace each individual step of getting lost. Each time you get lost online, its always a different story; always something new.

This task has inspired me to learn in a more positive light, that the online world has more power and is more influential than we know!

Lachie was quite enthusiastic about the whole thing:

Andrew did a lot of thinking and reflecting, coming to an honest conclusion about the task of documenting the process of getting lost online –

I honestly have no idea.

Fantastic! Questions leading to more questions – surely this is the beginning of a healthy thinking habit.

Richard started searching ‘purple’ and got lost on the way through the wrong meaning of ‘shade’, coming across an article about ‘umbrellas used about a Bulgarian who was killied by a dose of ricin injected by a modified umbrella.’ to secret police, methods of torture and finally thought experiments and Schroedinger’s cat.

I only just realised that I was well and truly lost online, here I was reading about some wierd paradox that I have absolutely no IDEA how I ended up here. So I guess curiosity takes over the feeling of being lost online. This activity took over an hour, but it was totall worth it and I have learned a lot more about the world. Looking back on this task, I am amazed and perplexed how I started from a simple colour, purple, to a brain-frying paradox.

It must be so much more satisfying to receive a comment from your class mate than your teacher, wouldn’t you think?

On first impression, the chain of links that you followed seems rather strange, but when I read your reasoning , I felt that the process by which you got to Schrodinger’s Cat was perfectly logical and quite coherent, which surprised me as the human thought process can be quite difficult to comprehend at all. It is testament to your very well-written and highly enjoyable writing style that people will be able to read this article and connect with it.P.S. Nice one on the Schrodinger’s Cat paradox. Have you heard about Wigner’s Friend. Read it, you’ll find it quite interesting.

It’s clear when comparing first posts with those recently written that students have moved away from the kind of formal writing they consider appropriate for submission to their teacher. They’ve relaxed and become quite comfortable with writing using their own voice. They are no longer writing for the teacher in a prescriptive manner; they are writing for their peer audience, and also for their wider audience. Most of them are openly enjoying the writing task, despite the ‘weirdness’, and occasionally a student expresses criticism at what he perceives to be a meaningless task. We noticed definite cynicism expressed by a particular student recently, but, as Nick says, ‘the positive spin on …’s post is that he is thinking about his mind, and forming opinions about productive ways to use it.’
This is why we both feel the blogging experience has been valuable – students are thinking. They are thinking about the world, knowledge, themselves and about thinking itself. Their writing comes from real perceptions and is aimed at real people. And more than that, they’re sharing their thoughts with class mates and the wider world.