Thank you so much to the organisers, to the presenters, to the participants and to Adrian Camm at Quantum Victoria for the very enjoyable 4th Victorian TeachMeet Melbourne yesterday afternoon. Thanks also to Tony Richards for the live streaming which you can now watch on the wiki. Thanks also to the people who captured the ideas and links to fantastic ways of learning and teaching on Twitter #tmmelb. And thanks to whoever made the awesome and very popular jelly and lemon slice – was it you, Robyne Luketic aka @handsdown?(please share the recipe).

I’ve attended Melbourne TeachMeets before but never presented because this is something I still shy away from. If you’re like me and don’t feel comfortable with public speaking, let me tell you that the 7 minutes is a nice little amount of time, and the TeachMeet audience is not at all intimidating. I would feel much more intimidated speaking to the staff at my own school.

The variety of the snapshots shared yesterday is what makes this kind of (un)conference so satisfying. Further investigation is made possible after the event when you follow links to blogs, and links and summaries of information shared on Twitter #tmmelb. The learning after the event is ongoing.

Of course, meeting new people and catching up with Tweeps is always the most enjoyable and enriching part of these events. I enjoyed the mix of education backgrounds, including teachers from both primary and secondary students, from all faculties, elearning and ICT people, principals and assistant principals and museum educators. It’s nice to connect with different sectors and hear about what they’re doing. The breadth is really valuable.

I have to say that I enjoyed ALL the presentations, but I’m not alone in saying that Mel Cashen’s (@melcashen) moving presentation of her visit to Rwandan schools was particularly inspiring, and enlarged my perspective in terms of what’s important in education on a global scale. Mel has obviously experienced something life changing, and it will be interesting to follow her path from now on. Thanks, Mel. Here’s the link to her blog – well worth reading.

Please also take the opportunity to involve your students in Judith Way’s high-quality Readers’ Cup program which Judith and friends generously organise in their own time and without charge.

Finally, I must rave about the tour of Quantum Victoria’s facilities – very big and very impressive. The programs sound amazing; I’ll definitely share these with science/maths teachers at school. Adrian mentioned something coming up which focuses on literacy so I’m keen to find out about this and involve my own students. I’ve leave you with a couple of photos of the 3D objects which came out of the state-of-the-art printer. Lots of oohing and ahhing at this point. 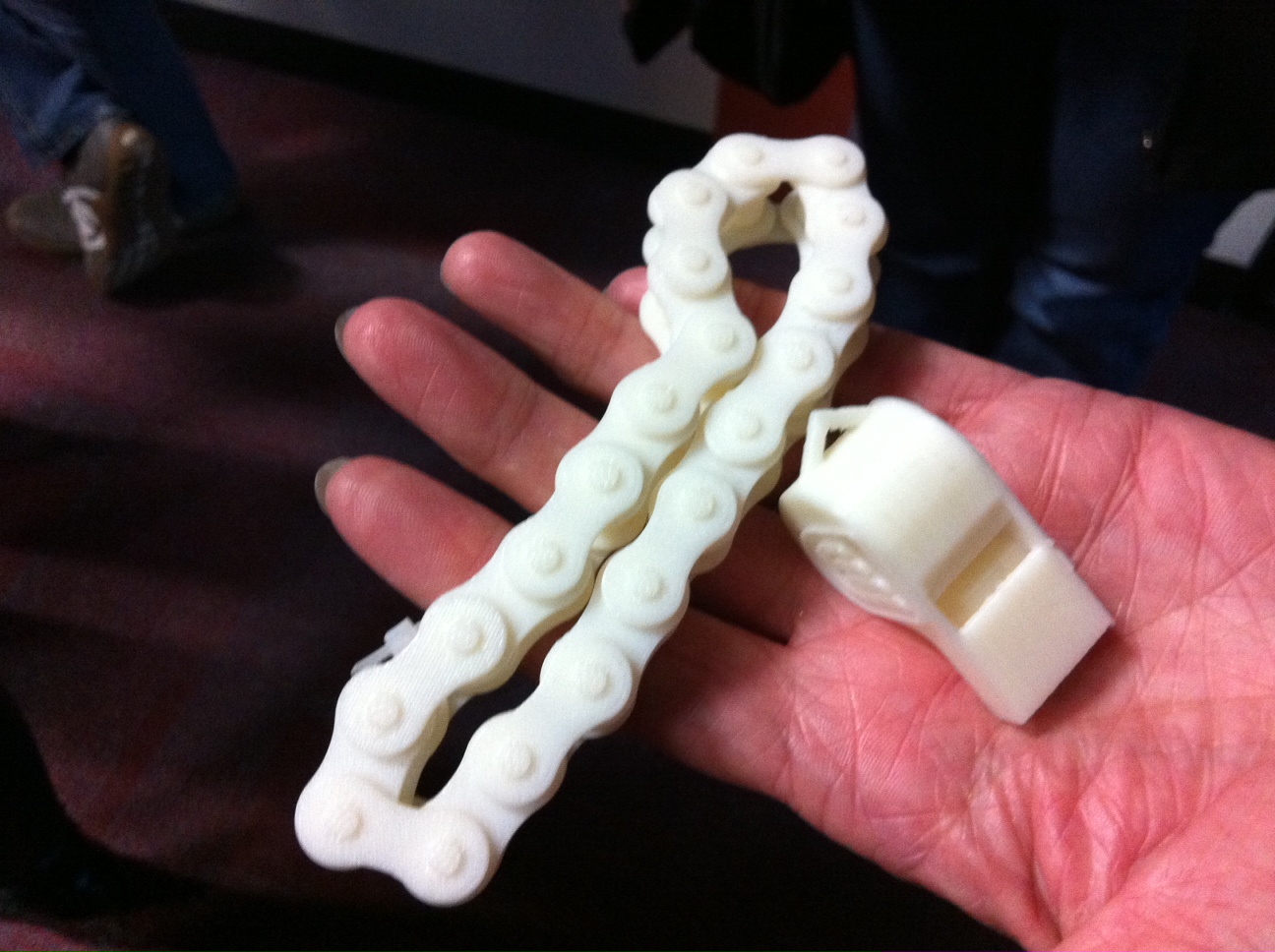 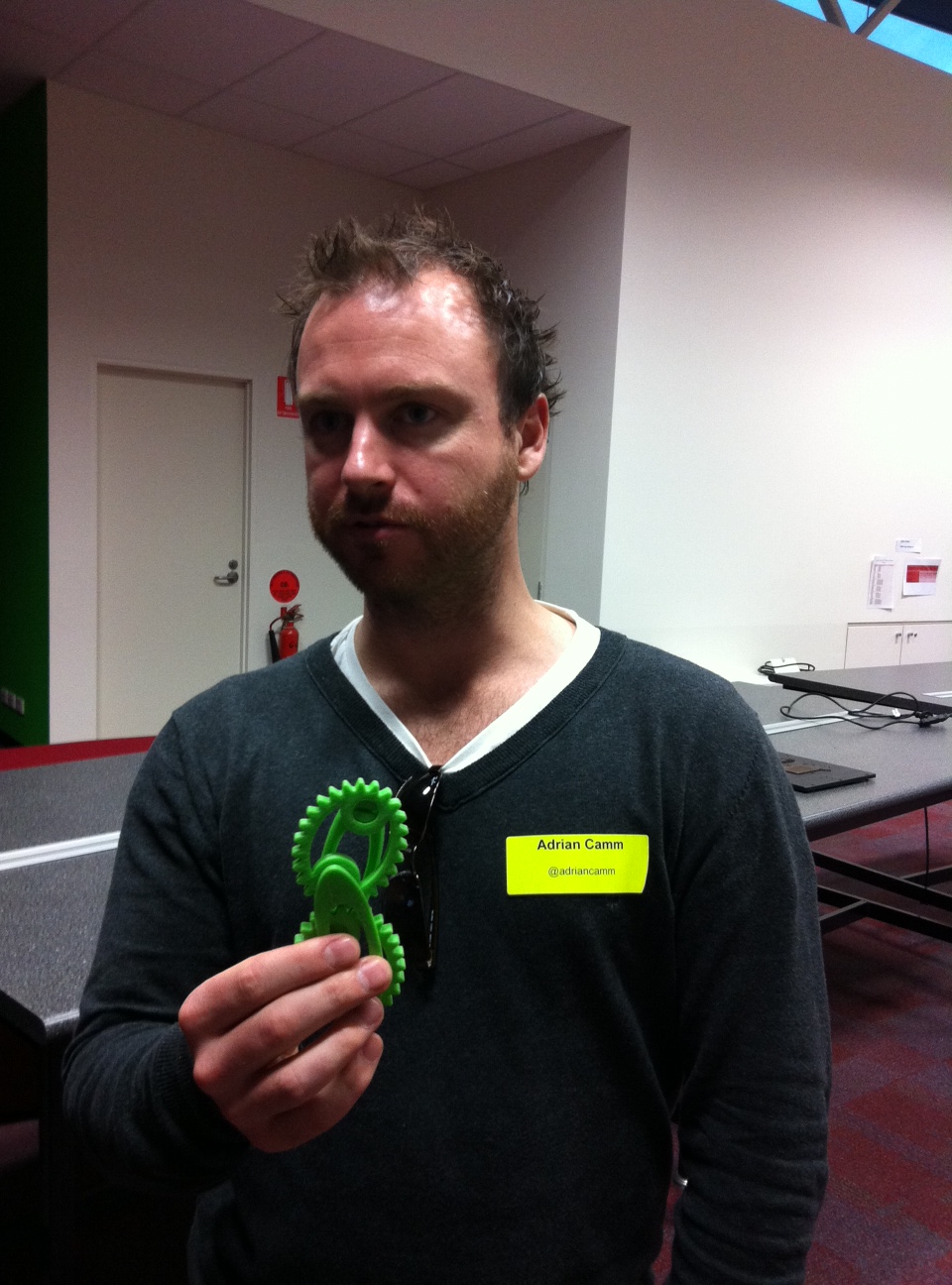 Yay for collaboration! The face of professional development is changing!!

I’m looking forward to the professional sharing and F2F catching up at tomorrow’s TeachMeet Melbourne at Quantum Victoria. It’s a fantastic (and free!) opportunity to get together and share knowledge and ideas, as well as get the collegial support everyone needs.

As always everyone is invited to give a very short presentation; topics can be viewed in the Google doc. I decided to overcome my aversion to public speaking by offering a 7 minute show-and-tell about what’s valuable and enjoyable on Facebook. You can see the screenshots in the presentation below.

Looking forward to it but not happy about getting my 3rd cold for the term!

That’s a rhetorical question, by the way. To make me feel a little appeased in my guilt for blog abandonment.

A few things have been happening, and these things would normally require a detailed and possibly time consuming write-up. Hence my blog absence. This is, sadly, not going to happen at a time when too many other things need to be done.

Monday night I was one of the lucky ones to find a seat in BMW Edge for the free talk by Bill Henson (The light and dark and the shades of grey) to open the Melbourne Art Fair. Notice I didn’t say ‘the controversial Bill Henson’, the reason being that his talk was not, as some may have expected, a political or moral justification for the (fairly) recent censorship of his art (not photography, which is merely the medium). Surprisingly, his extremely esoteric talk used broad brushstrokes to paint a picture of civilisation shaped by centuries-old art, architecture, literature and music. I won’t attempt to summarise his talk but I think that one of his main themes was the need to expose young people to the history of our civilisation, to the breadth of artistic expression, in order to open up thinking, questions and discussion, and maintain a fuller context for the formation of understandings. Some may have expected a bitter, insecure man, lashing out at critics, as claimed in The Age article (written, surely, during Bill’s talk – or even before) which I read when I got home from the talk. These people were disappointed, then, because Bill’s composure and lack of defensiveness was noticeable.

We should be wary of governments and interest groupswho try to impose restrictions on the free exercise of theartistic imagination. Our zeal to protect innocence should not come at the cost of violating artistic experience.

If we believe that art is a high form of education, thatits basis is moral and its goal truth, then we should resistthe impulse that would deny the artist the right to deal with what may sometimes be ambiguous, complex anddisturbing.

Artists can seem like holy fools, they can seem likedevils. They may exhibit the cunning of the insane orthe illumination of the saint. But genuine art is the greatbridge between the inner world in each of us and theordinary world in which we live. Art shows us the truthand it should never be the quarry of the witch-hunter orthe social engineer. Any attempt to make the world betterby destroying or shackling art represents a repudiationof the truth.

(Not all reviews of Henson’s talk were unreasonable; this one wasn’t.)

So, that was that. And since then, I’ve enjoyed many conversations with various people about censorship, art and the education of young people.

The recent School Library Association of Victoria PD is another potential essay in the making. But I’m tired, so suffice it to say, I was immensely satisfied with the line-up of speakers, particularly the guest speaker, Joyce Valenza, and our own Adrian Camm.

The Bright Ideas blog has covered the main information and links from this day. I would just like to say that Joyce  is a passionate educator who surely never sleeps because how else would she have managed to create such amazing resources. It wasn’t hard work at all listening to Joyce – she’s blessed with a vibrancy and creativity which makes everything look deceptively easy. Take a look at her wikis and look up the rest of her stuff too.

Adrian, I’m not a games person, but after your talk, I might consider conversion…

Well I’ve taken up the challenge at Kew High School of running a couple of PD sessions introducing Web 2.0 tools for authentic and connected learning and teaching. Since I’m new to Kew, it’s an entirely different experience presenting to people I don’t know, feeling uneasy about the fact that I can’t read their faces to ascertain their reaction to my assault on them. My Whitefriars experiences, on the other hand, were based on relationships and the gradual introduction and integration of Web 2.0 technology, often in context of a class which I taught collaboratively over a period of time. I much prefer ‘preaching’ to people I know, so that the conversation comes from a knowledge of how these people think and with respect for their individual styles as teachers.

Well, that’s enough for this post. Apologies for the rave.